It has been a tiring week this week BUT fun!
I travelled up to Birmingham Sunday night to stay with Thelma before our drive up to Scotland on Monday for the “Levett & Lee Roadshow” The journey to Scotland was not too bad, took 7 hours but we did stop twice for refreshments and lunch.

The B&B we stayed in was very nice, possibly the nicest one we have stayed in. It was called “The Craigpark House”, so if anyone is staying near Airdrie we can definitely recommend it highly. Craigpark House.

We had a good number turn up for the Airdrie day with 24 people booked in. Thelma and I enjoyed the day and thought it went well so fingers crossed others enjoyed it as well. I have started to post the pictures from the day onto Balloon chat but it will take 7/10 days for them all to be posted. Airdrie Pictures.

It was then onto the drive down to Halesowen on the Wednesday for the balloon day on the Thursday. We did get stuck on the motorway for a while and then in other places with rush hour the journey was slow. In all it took over 8 hours, but we got there safe and sound, again we had over 20 people booked in and I think day two went over better than the Airdrie day.

I got to thinking why this was, I may have this wrong but my conclusion was that as I was showing the lines/patter/bits of business and balloon designs from my magic show this might have been because we had more balloon artistes/entertainers at Halesowen and in Airdrie the ratio was more balloon decorators.
OR maybe I had worked the lecture/workshop in a little better………….who knows.
But again we both enjoyed the day. Thanks to all who came along and we do hope you got an item or two from the day. I will be putting up the pictures from the Halesowen day but not till after all the pictures from Airdrie have been posted so it will be a few weeks I expect. Halesowen Pictures.

We did have one slight tragedy during the week, my camera, that I love broke on the Monday night so I had no camera to take all the pictures from both days. I was in shock, we worked out that Thelma’s phone gave us the best pictures so I used that for the days. It was better than my phone pictures and Thelma’s Ipad.

Thursday was a long day, I was awake before seven with all the excitement of the week and then with setting up, running the day and workshops. We then went off for a meal after with a few before the long drive home. I had to drive Thelma home, she kindly put all the pictures onto a DVD for me which was not too easy so that was another hour. I left Hinckley at 9.15 and got home just before 1am. I was a little tired and took the M3 turn off instead of the A3 and was stuck in a diversion for 20 mins. Still I got home safe and sound from a fun world tour,
well it was Scotland and England, he he.

Thelma thanks for coming on the world tour with me for “The Levett & Lee Roadshow” much appreciated. I enjoyed it and fingers crossed you did and also all those that attended. I also wanted to mention Bob in Airdrie, he was at the hall before us and helped throughout the day to keep it clean, carrying stock in and from the venue. Making the tea and keeping the kitchen clean, he was fantastic……….so thanks Bob, appreciated.

It’s BalloonTube Sunday this week and today’s tutorial is the Koala Bear.
If you could share the link with friends that would be appreciated.
We are onto tutorial number 38 now so plenty of other designs to view as well.
BalloonTube.

Off to find the random picture of the week.
I went with a fairly new rabbit design which is taken from
the cat design I made a couple of months back. 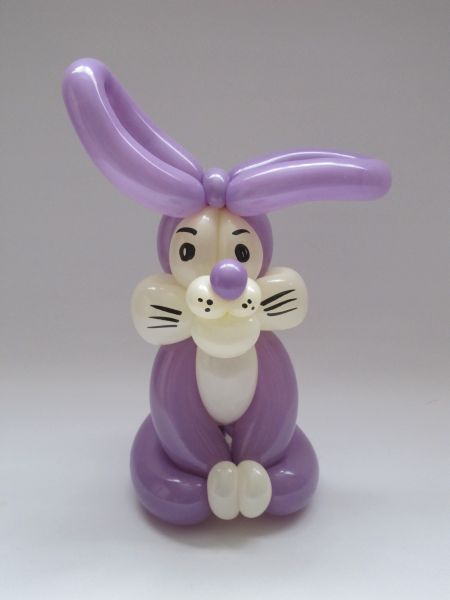