What have we been up to this week?
I was out doing a gig on Tuesday and was near to Danielle so went and made some Dinosaur’s with her, we were trying to make them a little scary. I have started a thread on Balloon Chat to how they came about, Scary Dinosaurs.

Then it was looking through old pictures and designs as I was filming some more tutorials for BalloonTube, we eventually filmed five but I did not realise the camera was slightly at a tilt from right to left so the pictures behind me look like they are running down hill…………oops. Then for the Snake design I had to edit a section in as when I made the body of the snake on the pump it was not originally in shot. I had to stand on a chair so that we got the spiral inflating while in shot, so a first for me and it did seem funny. It will be Septembers BalloonTube so not to long to wait.

I might be able to use a couple but some will need to be re-filmed so that was rather annoying, but keep smiling and we can film again perhaps next week. The designs filmed were, Snake, Panda, Train, Unicorn and Baby Yoda.

I’m doing a Zoom session for the Ultimate Rose on Wed for BAPIA, this is an insurance company for the balloon industry. Not sure how many we will get live but looking forward to it. I do prefer a smaller audience as it feels more manageable to me. Will let you know next week how it goes. I do have two more Zoom’s planed with the large Teddy Bear on the 17th Aug and then the Thomas train on the 24th Aug. Places are still available if you’d like to book, Zoom Workshops.

We did get a large order in from Qualatex this week with quite a few products now back in stock, so please take a look. We do have the majority of Chrome in stock in both 7″ and 11″ rounds. Balloon Art Wholesale.

That’s me for this week, off to find the random balloon picture of the week.
I went with the Unicorn that we came up with only just this week.
There are a few more variations on the Unicorn to view over on Balloon Chat, Unicorn. 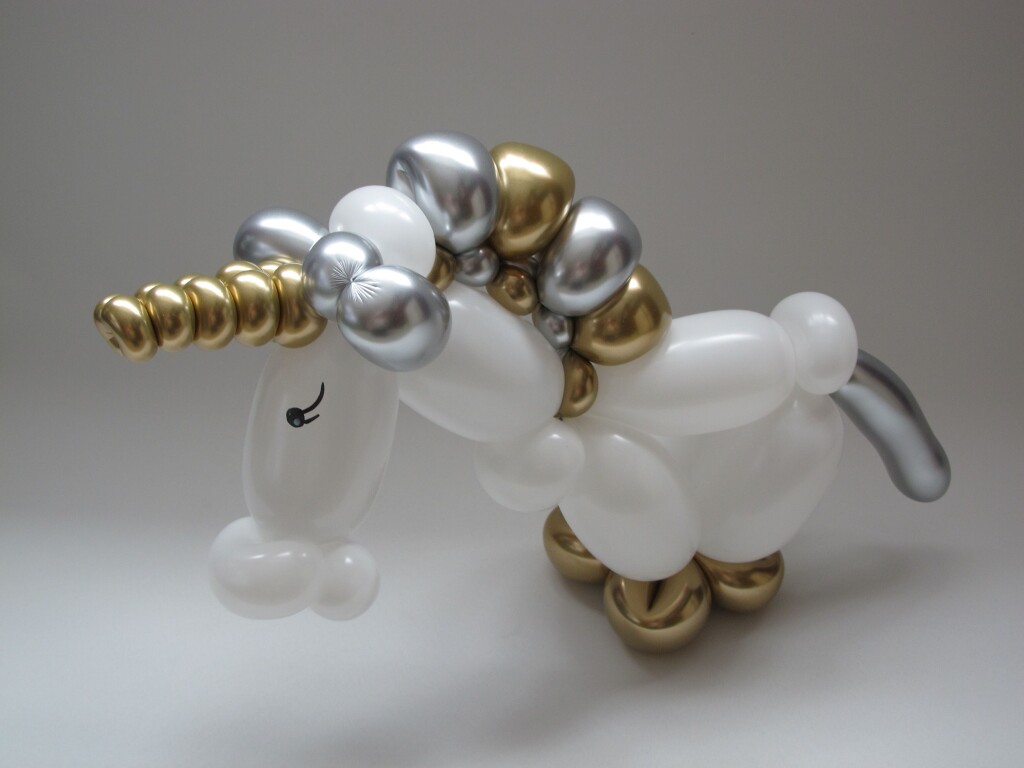