It’s been another busy week here at latex towers, he he.
We had the care & share day on Wed up in Manchester, myself ad Daniel McCullough were both lecturing and the day seemed to go very well with some nice feed back. I’m still adding the pictures to the forum but those that are posted at the moment can be viewed here, Manchester Pictures.

We then had the news that there was a chance Matt Falloon from Australia would be in the UK in two weeks time so it was a quick check with venues, hotels, flights etc etc to see if we could book him for some workshops while in the UK. It took a little sorting but we have now confirmed Matt for Sutton, Surrey on Mon 21st and Tuesday 22nd Nov. Booking Details.

We have also sorted out a lecturer for the January care & share day which will be held in Bishops Stortford. I will confirm the date next week and we have also chatted with people to run the star lecture two day event in Birmingham for March. It will be nice to promote the days a little longer than usual so that we may get a few more coming along to the days.

This week I’m off to the City of London jam on Tuesday, the event runs from 4 till about 9pm but a few get together a little earlier at 2pm for a meal at Pizza Express, all are welcome. There are some details on facebook about the jam if anyone would like to attend.
City of London Jam.

Then the following week, 16th Nov it’s the Portsmouth balloon jam that Rob Driscoll organises, again more details are on facebook for those thinking about attending. Again the event is 4 till 9pm but a few meet at the pizza express for a meal before around 2pm, again all are most welcome. Portsmouth Jam.

There is a little tongue in cheek write up on the forum about the series Rob Driscoll has just started about promoting the dangers to some species about becoming extinct. This is the thread about the original idea from Rob Driscoll, The A-Z of Endangered Species.

This week BalloonTube tutorial is the one balloon bike, I chose this one for this week as the intro made my grandson Zakh laugh so I thought that was a good enough reason to post this one. It does have the easy rider seat as well so a little different to other one balloon bike designs that I have seen. BalloonTube Bike.

That’s it for this week, off to find the random balloon picture of the week. 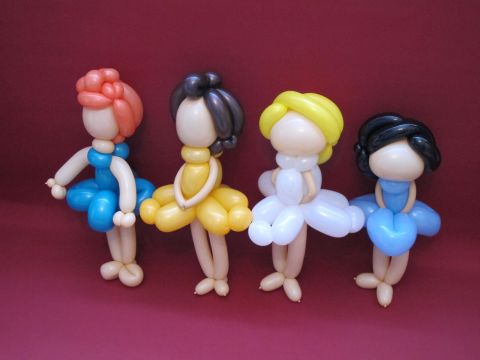