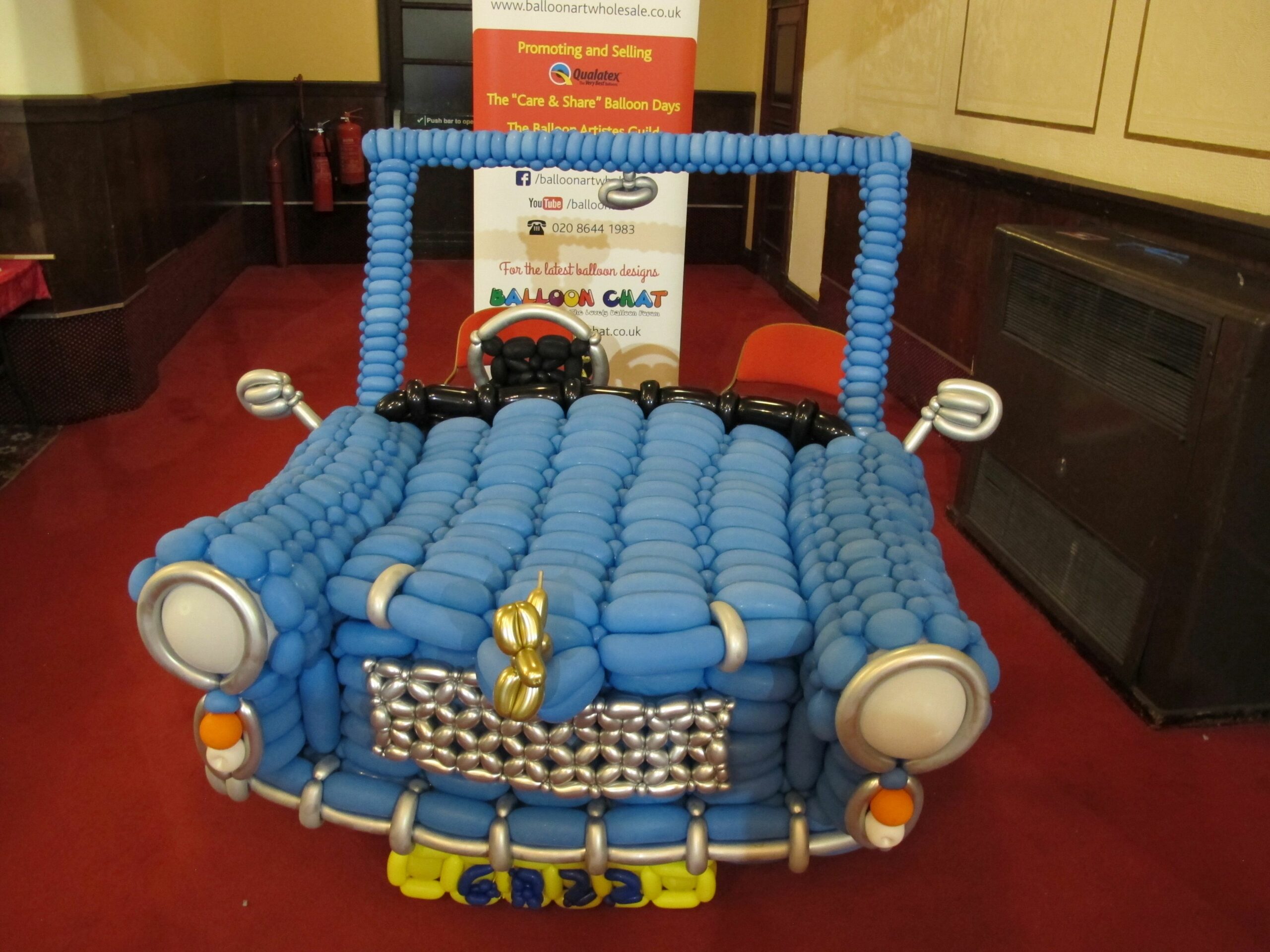 Here we are then a week after the magic convention, just about recovered and then off this week back to Blackpool for the balloon convention. Just recovered from being away for a week and then on the road again. The balloon convention is not so tiring as we do not have a stand at this event. It was nice to get back to seeing people at the magic convention, sales were not great and at a guess they had probably about 50% of the usual numbers. What was nice, we did three lecture/workshops while there. I did a couple, one on the lines I use while making balloons in my magic show and then the second one was on wearables. I think both went over OK and people got a few tips and ideas that will be useful for them. Rob did a session as well on a magic effect he uses in his magic act with balloons. I think a just chance type of effect, unfortunately neither of us saw each others sessions as we had to man the stand while the other was performing. Pictures from the convention can be seen here on Balloon Chat,
Blackpool Magic Convention Pictures.

The new website seems to be working OK, we did have a problem with shipping to Northern Ireland and had to get another shipping plug in to resolve the problem, hopefully that is all sorted now. Then it’s onto looking at the balloon forum and seeing if we can update this a little or it’s just a case of putting a new forum on top of the old one. The old one would still be searchable etc if this is the case but no one would be able to post on the old forum. Better see what the cost of this might be as at the moment it’s only myself that posts so the site could be called, Graham Lee, my life in latex,….he he.

It’s been a little quiet with magic shows and gigs since the New Year, I’d better start promoting and advertising a little that I do still go out and do these. Also when back from Blackpool Balloon Convention I will be filming my numbers tutorial and have that as a digital download. Just making a few new number styles to go with the hundreds I made way back in I think January last year, you can see I’m quick to get things sorted out. All the pictures are ready and yesterday we made a different style for three numbers, Two, Three and Five. The plan is to show two styles for each number and then I will have pictures of a few other style of numbers on the tutorial. Once people have the concept then I think they will be able to make the variations. I’m thinking of selling each number separately and then as a full set………..it’s decision time.

I posted the March Model of the Month over on Balloon Chat, it’s a versatile design and could make either a
Wolf, Fox, Cat or Dog with a little tweaking, the various designs are here, Balloon Animals.
And the step by step tutorial for the design which I called  a Wolf, only because I made it in grey can be found here,
Wolf Model of the Month,

We have a few special offers on the website this week, the last of the discontinued colours in the 321’s, hearts and Geo Blossoms.
321 Special, offers
6″ Hearts Special offers
6″ Geo Blossom Special Offers

Off to find the random balloon picture of the week, be back soon, I went with the car from the magic convention. Not all the pictures are up from the build but we are getting there and they can be seen here on Balloon Chat, Magic Convention Car Build.