Hello everyone, me again.
We did the last Zoom tutorial of the year last week on the Elf design.
Thanks to those who attended, appreciated.
I had to go and freshen up the train that we started to make 16 days back that is at the local cinema as they were having another Santa meet up with seeing The Polar Express film. It was just the wheels that looked really bad so freshened those up and added new smoke. It had oxidized very badly so we also sorted that out and I would say it brought it up as new. But the train was very soft where I was adding things here and there. It’s amazing how soft the bubbles become over time and I would guess the design has shrunk in places by possibly 25%. It did look so much smaller than I remembered, trouble is I never measured it originally but it would have been interesting to compare. There is the thread on Balloon Chat with coming up for 100 pictures as we built the design if anyone would like to see plus I’m adding the extra pictures later today of it being smartened up if anyone would like to take a look, Balloon Train.

We have done a couple of magic shows in December, we did have a few extra booked but
I think so far five have asked to cancel as people are still worried about Covid and the consequences…..which I completely understand.
Some have asked to re-arrange for January so that’s nice.

We went to the panto this week, oh no you didn’t…………oh yes we did, he he. It was a nice evening out and we all enjoyed it.

The website is still being worked on, it is getting there slowly, I had hoped all would have been finished but with myself being busy as well it’s getting the time to liaise with the web designers and getting the time to go through making sure things are working OK and look pleasing to the eye. We do hope it will be live before Christmas, one good thing is we are a little quieter late December and New Year so possibly a better time to launch the site in case we get the odd gremlin or two.

A last minute balloon job has come in for today and tomorrow so that as well has thrown a spanner in the works as they say.

We did get another order of balloons in this week and have another 14 products back in stock so that’s some good news, the website has been updated with what product is available, Balloon Art Wholesale.

Off to find the random balloon picture of the week, now what will it be?
Not sure myself, off to look.
I went with the Christmas Tree that is the Model of the Month over on Balloon Chat.
It has full step by step instructions if anyone would like to make it, Christmas Tree. 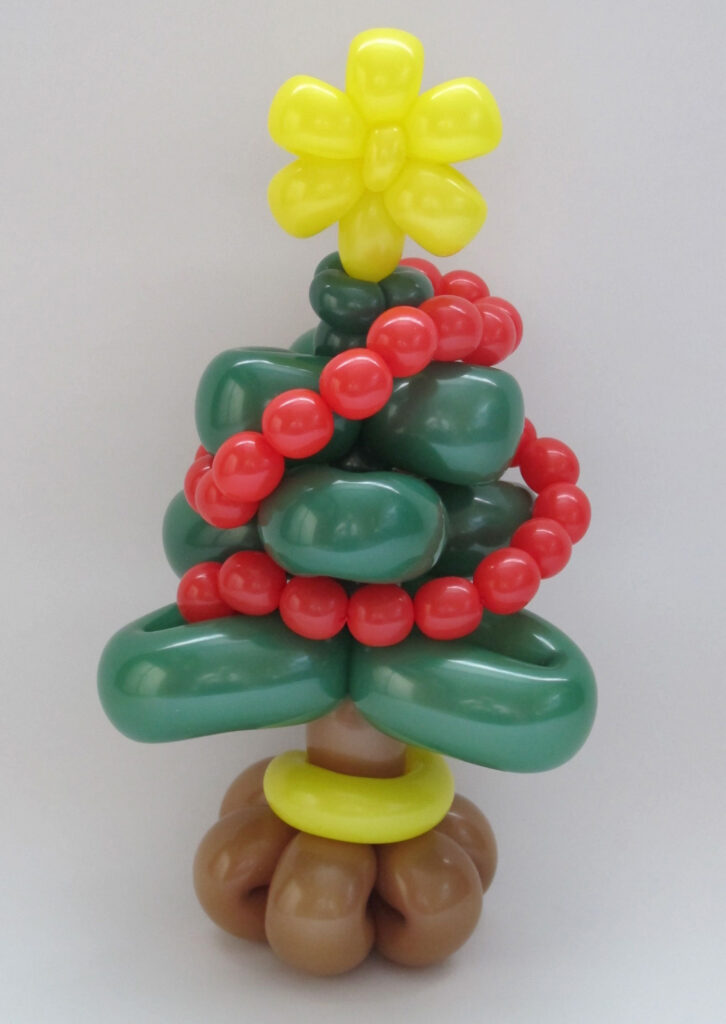