Its been a quiet week this week in the balloon world, I did make a gumball machine and struggled getting a nice picture. It was tricky due to the height of the design and having to close the curtains to get a nice back drop where I usually take the pictures. I have posted them onto balloon chat. Gumball Pictures.
If you wanted to have a guess as to how many gums I put into the design?

Gearing up for next week as we have three events to attend, on Monday 11th June we have the Paul Brown workshop on costumes and wearables. On Tuesday 12th June coming over from Europe we have Patrick van de Ven with his workshop, both are in Birmingham. For more details and to book, Balloon Days.
Then on Wednesday 13th June we are off to the Leamington day of magic, this must be the best value for money convention in the UK. There are four main lectures, the night before
get together and then approx. 25 dealers. More details can be found here,
Leamington Day of Magic.

Its BalloonTube Sunday today and the tutorial going up will be the Pussy Cat made from four balloons………I think four balloons as it was filmed a few months back now. I went down to see Lord G this week to take the next eight instalment’s to be edited so with the large sausage dog that was recorded way back I have the next nine months all ready to go. This is tutorial number 51 so hopefully there is something for everyone, BalloonTube.

I think that’s me for now for this week,
what will the random balloon picture of the week be?
Off to look as I’m not too sure myself.
I went with one of the surprise dolls that was made 4/6 weeks ago now. 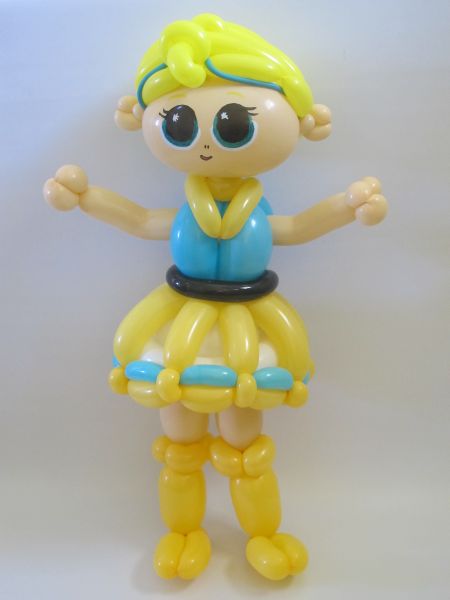