Another week of making weaved numbers and then we had our very first Zoom-A-Balloon workshop with Rob Driscoll. All seemed to go OK with no major technical problems that
I was a little worried about. We had the occasional problem where someone left the mic on after asking a question and a couple of people dropped off the meeting and I had to let them back in on a different device but that was about it. Rob showed some nice ideas and it seemed everyone went away happy.

We have now booked the Star Lecturer for our March Zoom-A-Balloon which will be Patrick van de Ven, we only started to advertise it late afternoon and are now down into single figures the tickets that are left available. If you would like to book then this is the link,
Patrick, Zoom-A-Balloon.

The weaved numbers are coming along, I’m posting designs on the number Five at the moment but we have also made a couple of Six’s, a few Seven’s and even an Eight and Nine so we are getting there. I think it will be at least another 10 days before they are all posted onto Balloon Chat. This is the thread if you’d like to take a look, Weaved Numbers.

My grandson Zakh cooked me a brilliant steak meal this week with chips and a peppercorn sauce. I was very impressed.

I have just posted details for this month’s model of the month, it was going to be a small two balloon dog but when I sent it to a friend they asked me what it was…………..oops. Back to the drawing board and the body structure and ears were very similar and we ended up with a very cute Bunny Rabbit which is pretty handy as its coming up for Easter. I will try to post the step
by step tutorial tomorrow but have started the thread for where it will be,
Bunny Rabbit, Model of the Month.

That’s me for this week, off to find a random balloon picture of the week. I went with the wrist bracelet idea that I made for Paul and Ruth’s wedding three years back now. A few of us did decorate the venue for them and even performed a little show for them in the evening. A little story about the bracelet, Paul had got in touch with me as he saw it on the internet and thought it was actually a piece of jewellery for the wrist and did not realise the size of the design. He wanted to buy it as a gift for Ruth to present to her in the evening so they could remember the day. It made me smile and as we were attending the wedding I was pleased to have made it and wrap them up in the design. It brought back some happy memories.
If you would like to see more pictures from the wedding they are here to see, Wedding.
Just remembered they also had a Sword salute as they walked into the venue, happy days. 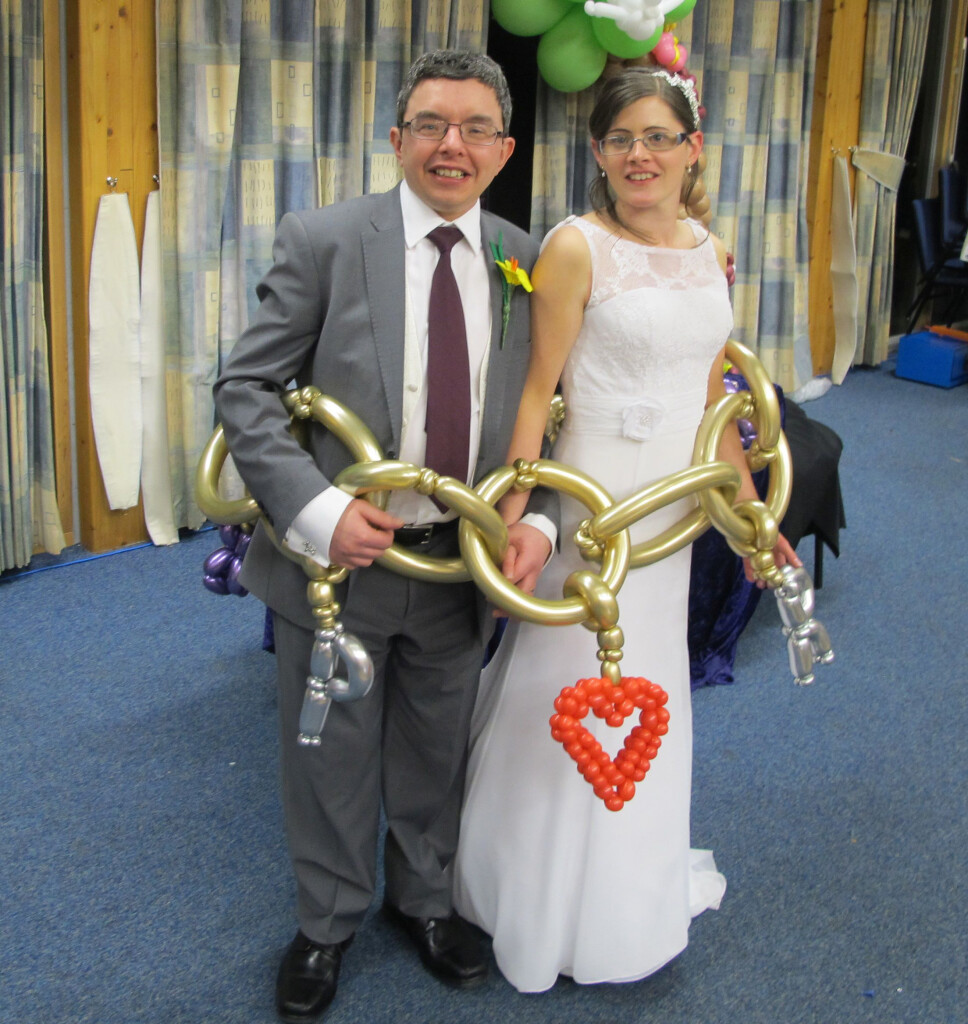