Another blog, now what to mention?
So the new website is coming along, it’s getting a little stressful as we have to trust in technology when it goes live so fingers crossed here that we only have the odd little gremlin here and there. The plan is still for 1st November although I do have a meeting with the web designer/planner guy tomorrow to see how things are progressing.
If anyone would like to purchase any product from us, Balloon Art Wholesale.

I’m off out later for another Magic show so that’s nice and for 9 year olds so I better be on my game for them, he he.

We have back now is it 4 or 5 edited BalloonTube tutorials? I cant remember but we are OK now till at least March so that’s good. I have to wait for sunnier days to film otherwise it turns out a little on the dark side, that would be OK if we were making Star War designs…………. made me chuckle. I have Baby Yoda, Panda, Butterfly, Unicorn and…………….and I think that’s it so 4 designs already to go, glad we worked that out, he he. There are 91 designs over on BalloonTube at the moment if you’d like to take a look, BalloonTube.

I went to see the England V Northern Ireland world cup qualifier at Wembley yesterday with Harry my grandson. As he is studying at the stadium as well for his university degree I went and had a look at his lodgings and living area etc. It all looked very smart if a little on the expensive side. Had lunch in Nando’s which I have never really been a lover of but my Lemon Chicken wings with Rice and Coleslaw was OK. It was a nice day spent and England eventually won 4-0. There was some good humoured friendly banter where we were as in front and behind we had some Northern Ireland fans, I think it was good natured banter, well I hope it was. And the Mexican wave went around the stadium a good 10 times if not more in the second half, that was one of the highlights till the goals came along. England had so many chances and it took a while before they started to go in. It was well worth the trip and a good day out, I think there were just under 25 thousand attending and the get away was pretty good with no hold ups.

Now off to find the random balloon picture of the week, well it’s not random this week
as I know what one I’m going to use. Its the Santa and Grim Reaper that I posted onto
Balloon Chat and Facebook this week. I was surprised at how many likes and loves it got.
There are a few Halloween designs on Balloon Chat, Halloween. 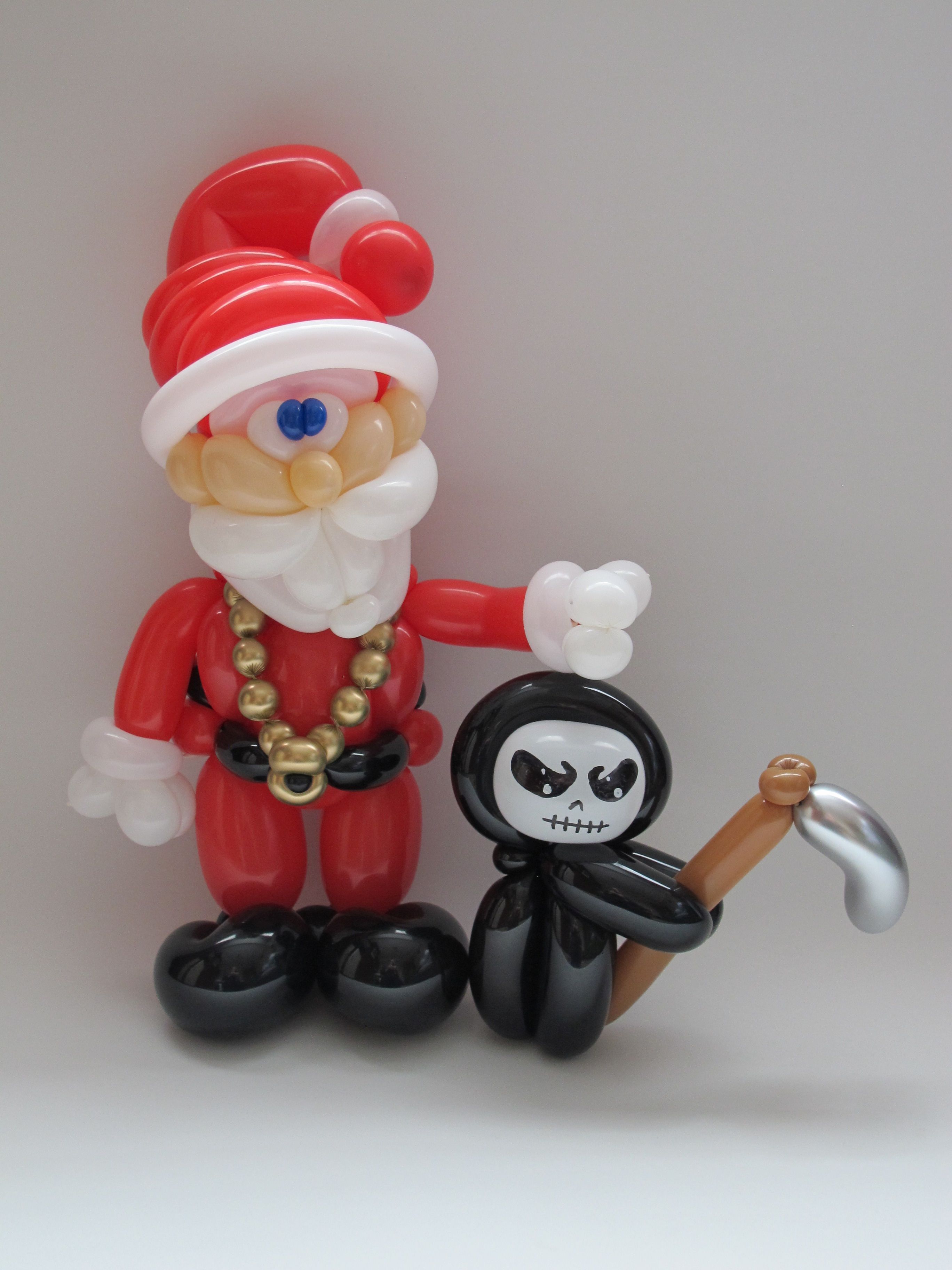