So this week I took Phoebe my grand daughter down to the coast for some fun at the amusements and then a fish and chip lunch on the pier. We had a great laugh even though it was chucking it down with rain and strong winds. We nearly got blown away coming around the corner onto the promenade. But laughed about it and played some really stupid games in the car there and back. Stopped off at a Starbuck’s on the way home and they were closed, they closed at 4pm……….seemed rather early so we made a detour and found another one as Phoebe loves hot chocolate, marshmallows and whipped cream. Finished of a lovely day.

Balloon wise we made the Spaceman that can be seen here, Spaceman Pictures.

I’m still adding the pictures of the Robin Reliant from “Only Fools And Horses”
That I helped Danielle build the other week. Robin Reliant.

I have still not had any phone calls about Balloon gigs or Magic shows, been six months now and you would have hoped that people might be asking about Christmas or parties for the New Year but absolutely nothing at the moment.

If anyone is after any balloon product we do sell Qualatex Balloons here,
Balloon Art Wholesale.

Off to find the Random balloon picture of the week.
I went with some classic flowers that we made quite a while back now. 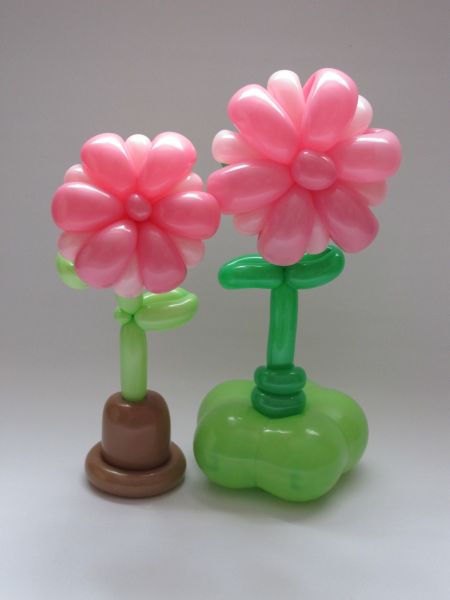