That is Christmas come and gone and also my son’s birthday on boxing day. Had a nice couple of days with the family and now sorting out for some filming on youtube. The run up to Christmas was not too hectic with shows nicely spaced out, just the big snowman build that took Roger Daws and I over 12 hours to complete, we were a little shattered after that. It went together pretty well but like all one off big builds there is always something you would change given the opportunity or next time around. I’m posting step by step pictures as we did the build on the forum but will give a sneak preview of the finished sculpture here in the random balloon model picture that I post here. Snowman Pictures.

We have a new competition on the forum, it will last for the whole of 2016.
Every week you can win a set of balloon instructions from Thelma Levett.
The competition starts here, Competition.
To view some of the designs Thelma has available to choose from, Designs.

So for YouTube I have bought a couple of lights to try and get rid of the shadows that we sometimes get when recording, still looks like it’s a problem so I might move the position that I do the filming. The DVD’s are called my front room tapes, well actually they are recorded in my study so I was going to try and actually record in my front room as we have a set of dark burgundy curtains that go from top to bottom and side to side so it might make a nice back drop. Will try filming tomorrow and then dropping them off to Lord G on Wed who will do the editing and upload the recordings to YouTube. My son is treating us and we are off to see star wars on Wed, which happens to be a short drive from Lord G so we can pop in and decide what is better, the lighter background or the new burgundy backdrop. Will let you know soon, so the random picture for this week is not so random as it’s the snowman and boy from the animated cartoon film “The Snowman”
He ended up being over 9 feet tall, which is what we actually planned so that worked well. 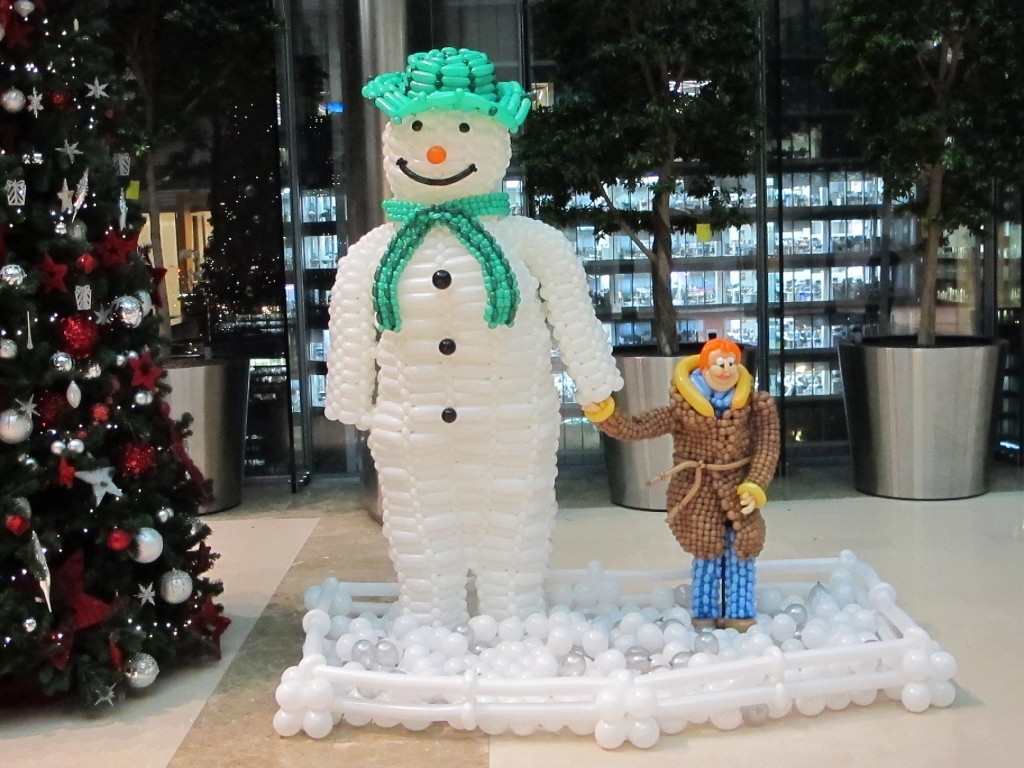